Júlio Resende graduated in Painting in 1945 by the Superior School of Fine Arts of Porto, where he was a disciple of Dórdio Gomes.

Júlio Resende made its first public appearance in 1944 at the I Exposição dos Independentes. In 1948 he left for Paris, receiving training from Duco de la Haix and Otto Friez.

The work produced in France is exhibited in Portugal in 1949, defining its expressionist vocation. It assimilated some Cubism, will build in its Alentejo phase, and later in Porto. His painting is characterized by plasticity and dynamics, with triangular or quadrangular meshes, progressively approaching non-figuration.

A painter of transition between the figurative and the abstract, Resende also distinguishes himself as a teacher, bringing to the Oporto school a new spirit to the students who attended it in the 1960s.

Júlio Resende’s pictorial work reveals that he understood European painting because he observed it, experimented with it, and knew how to transmit to the painters and students he graduated from the Superior School of Fine Arts in Porto.

referred to him as “great Master of Portuguese Art of the last century”.

Awards
Júlio Resende, due to his vast work, was awarded several prizes, among which:

National Prize of Painting of the Academy of Fine Arts.
Prize Armando de Basto.
Sousa Cardoso Award.
Special Prize of the São Paulo Art Biennial.
First place in the Contest for the Monument to Infante D. Henrique (with the Mar Novo project).
Silver medal at the Brussels International Exhibition.
1st Prize of Graphic Arts at the X Bienal de S. Paulo and Order of Civil Merit of the King of Spain (1981).
Decorations
Officer of the Military Order of Sant’Iago da Espada (June 6, 1973)
Commander of the Military Order of Sant’Iago da Espada (April 22, 1980)
Grand Cross of the Order of Prince Henry (October 23, 1997)
Memoirs
“… But I really wanted to be a painter! Maybe fate has given me the first step. Aurora Jardim, a figure known in the literary and journalistic circles of Oporto, had interceded with the painter Alberto Silva, who then directed the Silva Porto Academy, so that I would attend the painting lessons taught there. I bought the first paint box “seriously,” and I learned how to put the colors on the palette, according to good rules. “- Júlio Resende 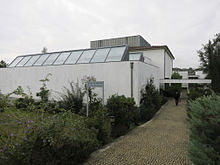